Posted on September 26, 2016 by cedarbogbonsai

Here is the Northern White Cedar the day I collected it. A long time ago it seems! 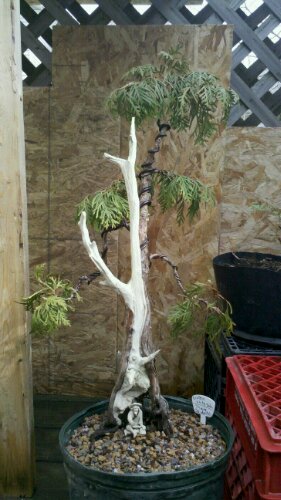 I collected this specimen 2 years ago(2009) in early spring. It was by far the most effortless extraction of a tree from a dolomite cliff i have ever done. The rock that held the soil pocket this specimen grew in for many years was broken by freeze and thaw cycles i am sure. When I came upon this tree, i climbed up about 10-15 feet to see how embedded and deeply rooted it was. As i looked over it and gently moved the truck back and forth( a great way to figure out how much work it will take to remove a tree), It was very loose. Upon further investigation, it was revealed that the rock was already broken so i removed it. To my amazement, there was the entire rootmass. I got a few plastic grocery bags, and moved the tree into the bags and tied them up. New growth appeared a month later and kept pushing growth ever since except in winter confinement of course.

Third pic is a virtual of an ERIN pot matched up with the specimen. I am anticipating potting into spring 2012. 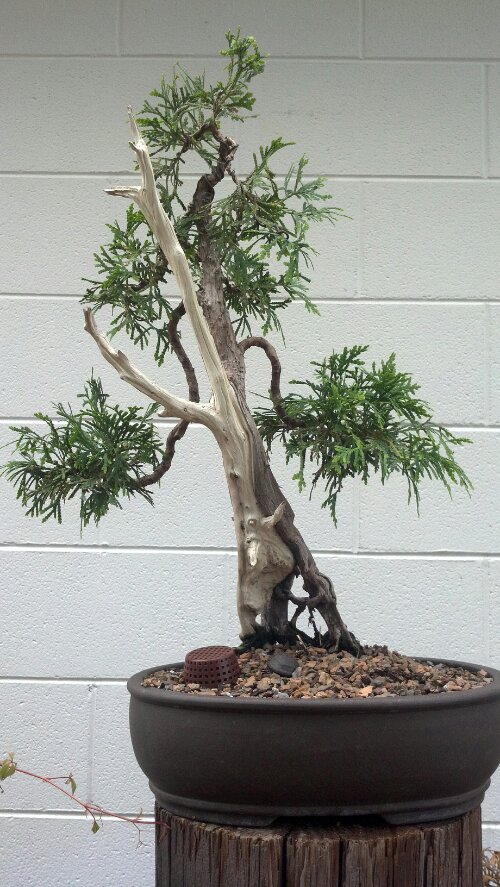 ** here is a close up of some buds coming out of the lower branch. They say buds don’t pop on 3 or older wood. This tells another story.

Here is repot 2013 picture of the tree in a custom pot “Serpent Mound” pot made by Dale Cochoy.

Here’s an updated photo of the beginning of April 2013. Notice the foliage is thinner and the branches are more controlled and defined. Further improvements will take place as health dictates 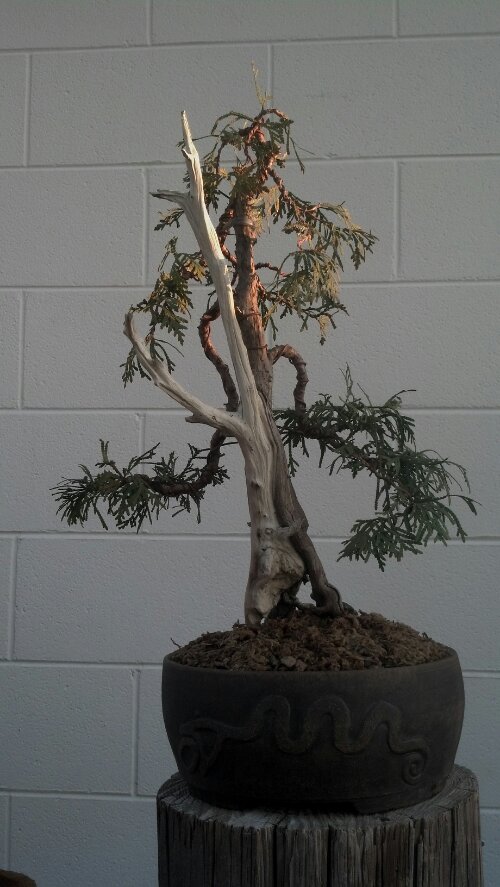 Heres an update for June 20th 2015 after some considerable thinning of the what was visually heavy foliage. 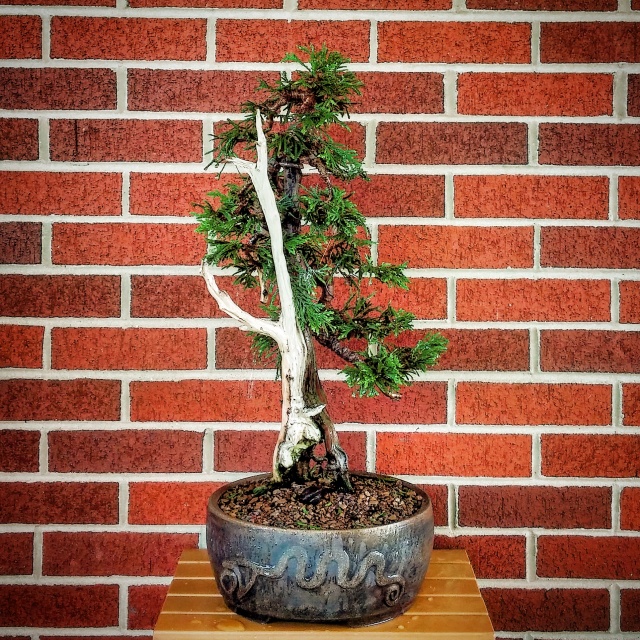 Had a shallower new pot by Dale Cochoy made for it. As I worked it more and more compact and minimal appearance, the Serpent Mound pot became more bulky visually. Update of September 11th 2016

I am a bonsai enthusiast who focuses on native material. My main source and favorite way of bonsai is collecting yamadori. I also avidly hunt stones to add to my ever growing suiseki collection.
View all posts by cedarbogbonsai →
This entry was posted in Uncategorized. Bookmark the permalink.